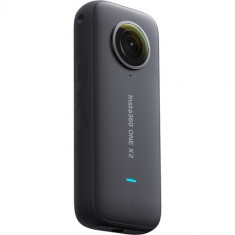 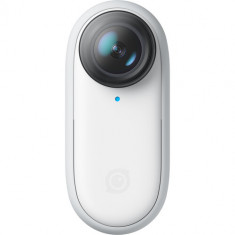 A VR camera offers and immersive viewing experience by capturing a 360-degree view of photos and videos. Move your head or pointer up, down, left or right, and the video moves with you. To make and view this type of video, you'll need a 360 virtual reality camera and a computer or smartphone. You can use a VR headset and smartphone for viewing too,as the sensors in the headset cause the image to move in the appropriate direction. Headsets work best with images explicitly generated for virtual reality applications.

Since 360 video cameras photograph all angles, the result is much different than traditional photos, and it may take some time getting used to. Unless you have previous VR or 360 experience, a simple camera that's ready to use out of the box is your best bet for an entry-level solution. With only two lenses, these cameras let you learn the techniques of photographing with VR cameras while minding your budget and still producing excellent images.

While you can shoot around unwanted objects with a standard camera, 360 cameras include everything in the scene. Since you have less control over the contents of your shot, you can use some basic accessories to help. A timer allows you to turn on your camera and then step away if you need to make changes before recording starts. A tripod keeps your camera steady, preventing stuttering in the finished product. To give viewers a different perspective, a selfie stick made especially for VR cameras lets you hold the camera at higher levels.

As your familiarity with 360 video increases, so could your need for accessories. For protection, there are cases and silicon protectors for your camera. Battery packs let you continue to shoot when you don't have time to recharge. Adapters help you interface with your phone. Mounts make it possible to shoot from various angles. Camera bags make it easy to transport and keep your gear safe.

VR and spherical recording devices let you experience video as if you were actually there. If you're excited by this developing format and want to learn more, contact us!